It has been nearly three months since Microsoft announced the Surface tablet PC, their first foray into the production of the hardware that runs their Windows OS.  Since then, there have been numerous announcements of new Windows 8 tablets/PCs from other hardware manufacturers, but none has captured the attention nor fueled the imagination like Microsoft’s Surface.

For business users, there is nothing in the market that comes as close to becoming a laptop replacement as a tablet running the new Windows 8.  Having used an iPad, a Motorola Xoom and as the owner of the 7-inch HTC Evo View tablet with its unique Scribe pen, I find myself always returning to my trusty Windows 7 laptop for any computing of substance.  Hence, I’m usually carrying an attaché with two devices and have a third, my Lumia 900 Windows Phone, tucked in my pocket.

The Surface is compelling because it’s a true Windows experience wrapped in a surprisingly thin and portable form factor which incorporates an intuitive and efficient touch experience.  No one’s had a chance to review one yet – it’s not due to be released until near the end of October – but there’s a lot of anticipation, particularly as people become more familiar with Windows 8.  TechRepublic’s Deb Shinder expounds upon some of her reasons in her recent post, “10 reasons I can't wait to get a Microsoft Surface tablet.”  I’m looking forward to seeing the Surface, too, and especially to evaluating whether that impossibly thin keyboard attachment really works as well as Microsoft says it does. 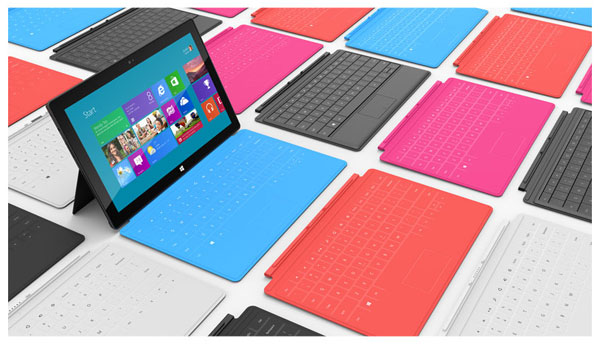 Will Windows 8 Make Sense for You?